There has been a Catholic presence in the Shepherdstown area since the mid 1700’s.  During the latter half of the 1700’s a “weather boarded church” was built on a four acre lot on a hill at the west end of town commanding a “fine view of the river and town” where in 1795 Father Denis Cahill of Hagerstown celebrated mass. That church is long since gone.  Also In 1795 Abraham Shepherd deeded one and a half acres to trustees of the “Roman Church and Burying Ground.” The burying ground adjacent to the Rt 45 entrance to Shepherd University is also the site of a mass grave of Irish workers on the C&O Canal who died from cholera in 1833 and were buried at night.

From the late 18th century into the 20th century there is evidence of priest circuit riders first from Frederick and Hagerstown and later Harpers Ferry and Charles Town who visited, stopping at homes of Catholics along the way.  In 1830 a resident pastor was named for Harpers Ferry and Martinsburg who celebrated Mass in Shepherdstown on the 5th Sunday of the month. Sometime in the 1880’s the Catholic community acquired a property on the corner of Washington and Church Streets. 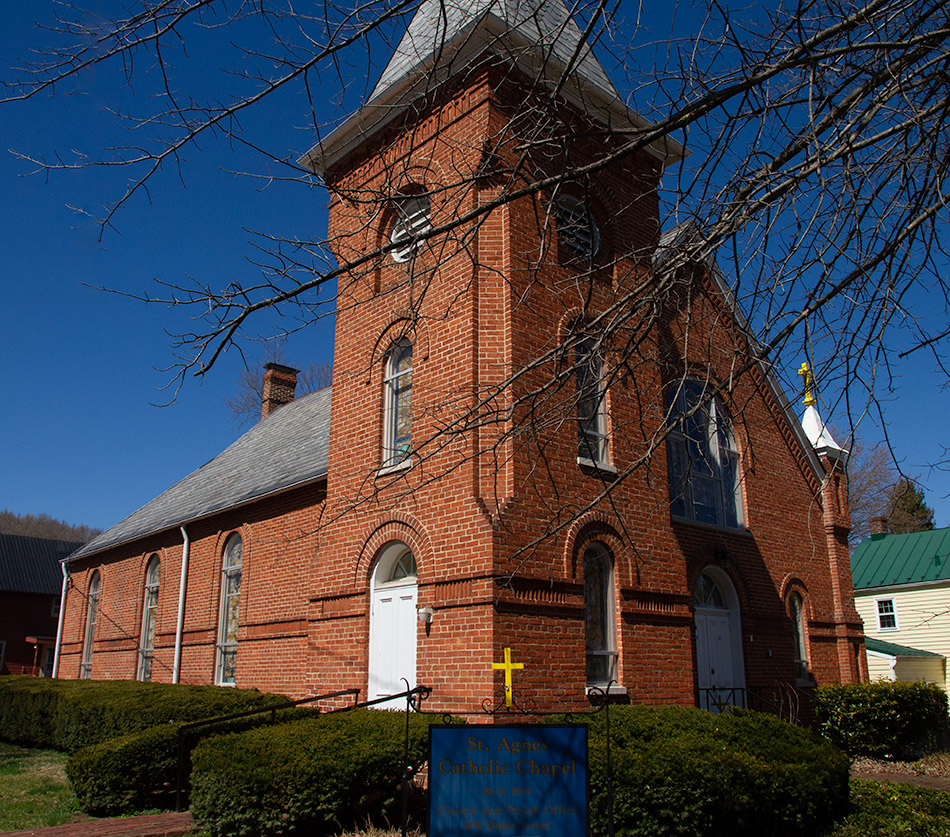 Bishop Augustine Van de Vyver of Richmond officiated at the consecration of the new St. Agnes Church on Sunday, June 7, 1891.  At its dedication the parish numbered “80 souls.”  The church was named after St. Agnes of Rome who was martyred for her faith in 305 AD and also to honor Miss Agnes Gibson [1853-1941], parishioner, organist, choir director, Sunday school teacher and church fundraiser, who worked tirelessly to make this church building a reality. George Hodges, a wealthy merchant and operator of a general store at the corner of German and Princess Streets, was also influential in the church’s construction.  Two church stained glass windows memorialize the Hodges family.  A descendent was the late Bishop Joseph Howard Hodges, First Bishop of the Diocese of Wheeling-Charleston

In 1974, the Eastern Panhandle became part of the newly formed Diocese of Wheeling-Charleston.  At that time the number of Catholic students at Shepherd College (now Shepherd University) was increasing and the Trinitarian Fathers from Charles Town were engaged in a ministry to them.  By the summer of 1980 the number of parish families had increased to around 120 (225+ people) and the first resident pastor and campus minister, Fr. Robert Judge, SJ was appointed.

During the 1980’s and 90’s the population in the Eastern Panhandle and at St. Agnes continued to grow. In the summer of 1993, Fr. T. Mathew Rowgh became the pastor.  In 2001 the parish began a lengthy planning process for the construction of a new church which is located at the intersection of Duke and New Streets.

The new St Agnes Church, by now numbering 350 families, was dedicated on July 20, 2008, and the former church was renamed the St. Agnes Chapel.  Since then the parish has continued to grow and now numbers around 550 families. The present St. Agnes Church is designed in the shape of a mandorla.  It is a “liminal space.”  The early Christians described this as the space between the divine and  the human, between heaven and earth.

Catholics compose less than 5% of the population of West Virginia.  Our parishioners come from diverse regions and backgrounds.  We strive to be a welcoming, faith filled community that reaches out in service to our neighbors. 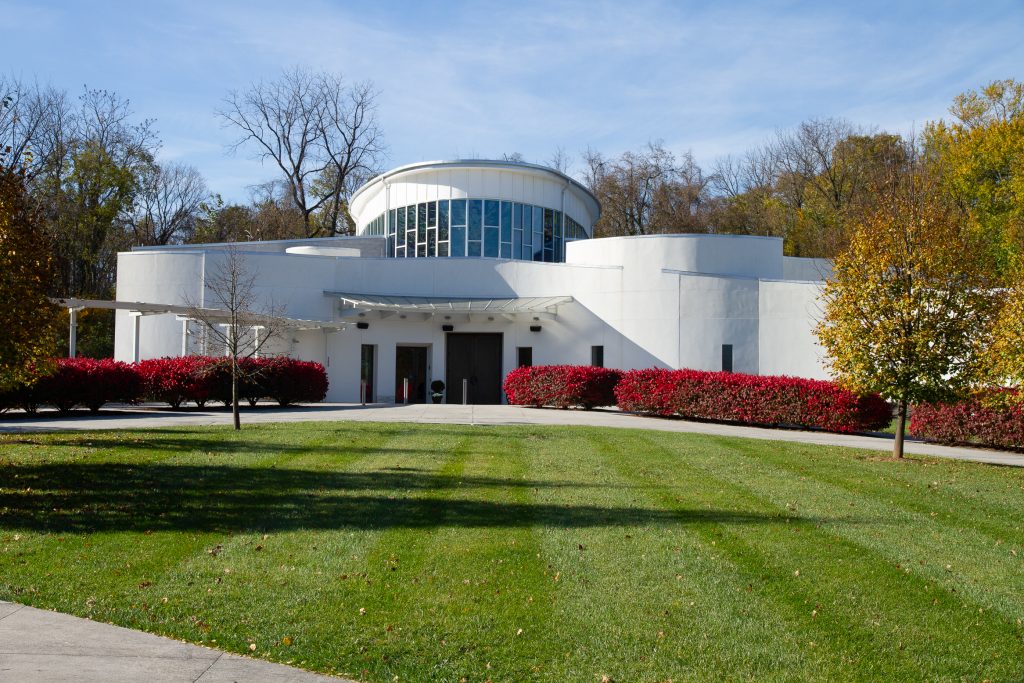